HOME > WAR IN THE MODERN WORLD

WAR IN THE MODERN WORLD 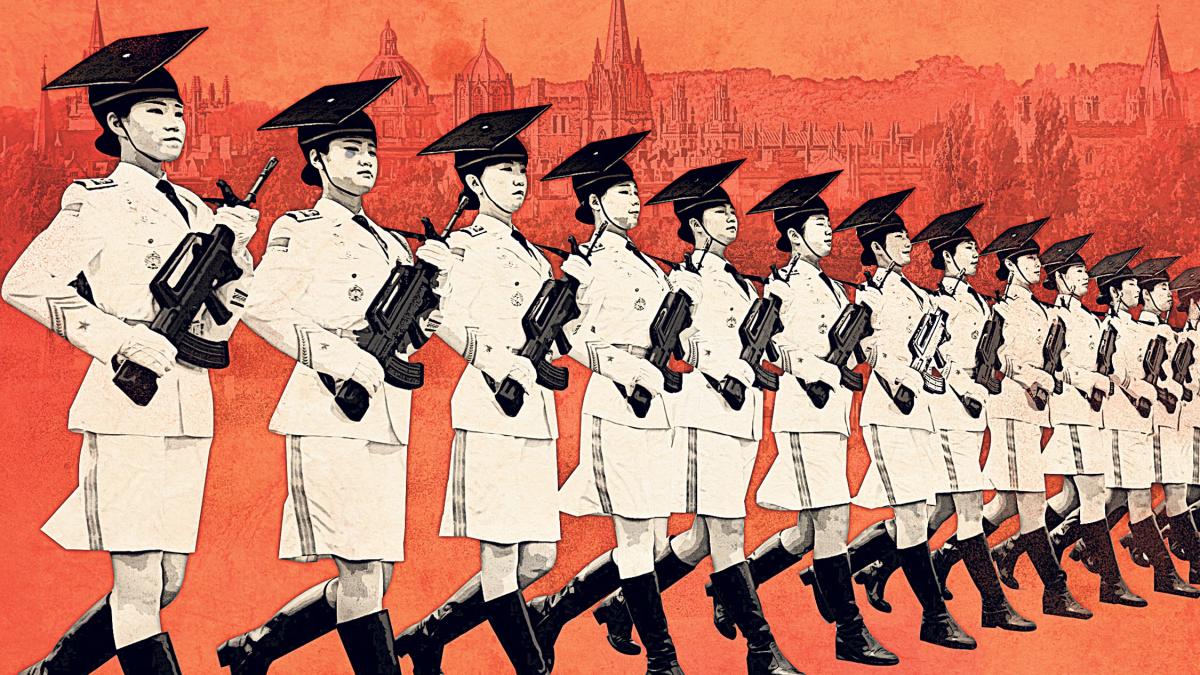 As the title suggests, Chinese Spies: From Chairman Mao to Xi Jinping covers a lot of ground, from the 1930s to the 2010s. When you take more 80-plus years of a famously secretive government, add the unfamiliarity of Chinese names, and compound it with shifting foreign alliances, you have an uphill slog. Happily it's occasionally leavened with fascinating factoids, such as an anatomically explicit explanation of how a French diplomat was fooled into an 18-year love affair with a Chinese opera singer who was actually a man, and who produced a child whom M. Boursicot believed to be his son. Out of love for his paramour, he passed classified documents to "her" until he was outed and jailed in the 1980s. Gems like that kept me slogging through M. Faligot's book. (A French investigative journalist, his book was translated by Natasha Lehrer) There's the vast "underground city" beneath Beijing, intended to shelter the population during a nuclear war, but used in 1989 to rush 200,000 troops to Tiananmen Square to crush the democracy movement, with the British ambassador giving a "minimum estimate" of 10,000 dead. And of course there are the spies -- studying and teaching at American universities -- working at American corporations no less than for quasi-private Chinese firms like Huawei -- salted through the population of Hong Kong -- spies everywhere and always. I came away with the conclusion that the People's Republic has been at war with the whole world, and especially with the United States, ever since Mao Tse Tung took control of China in 1949. Blue skies! — Dan Ford

The essays (in more or less chronological order)

A Rebel in the County Cork, 1915-1923: case study of an insurgency
Was the Cold War an Inevitable Outcome of World War 2?
The Clayton Theorem: Did George Marshall Save the US from Economic Collapse?
To what extent is the US experience in Iraq comparable to their experience in Vietnam?
'Not Right, but British': The Superpower Role in the Falklands War
'But the Russians won, after all!: lessons from the Chechen wars
China: O brave new hegemon!
That's what presidents are for! (Why is 'planning' not the same thing as 'strategy'?)
When Sun-tzu met Clausewitz: John Boyd, the OODA Loop, and the invasion of Iraq
War sucks. Get over it. (on the novelty of 'Hybrid war')
How would John Boyd have waged a counterinsurgency?

Other good stuff to read

Gaddis: George Kennan: An American Life
Finkel: The Good Soldiers
Arreguin-Toft: How the Weak Win Wars: A Theory of Asymmetric Conflict
Luttwak: Strategy: The Logic of War and Peace
Smith: The Utility of Force: The Art of War in the Modern World
Galula: Counterinsurgency Warfare: Theory and Practice
van Creveld: The Transformation of War
Bobbitt: 'Terror and Consent: The Wars for the 21st Century'
Ricks: 'The Gamble: Petraeus and the American Military Adventure in Iraq
Wright: 'The Looming Tower: The Road to 9/11'
Adams: 'The Army After Next: The First Postindustrial Army'
Was John Boyd a new Sun Tzu? (books about the OODA Loop)
A counterinsurgency reading list by John Nagl
50 best books about terrorism, by Joshua Sinai
more reviews of books about war as it has developed since 1945

Posted November 2019. Websites © 1997-2019 Daniel Ford; all rights reserved. This site sets no cookies, but the Mailchimp sign-up service does. So does Amazon if you click through to that store.